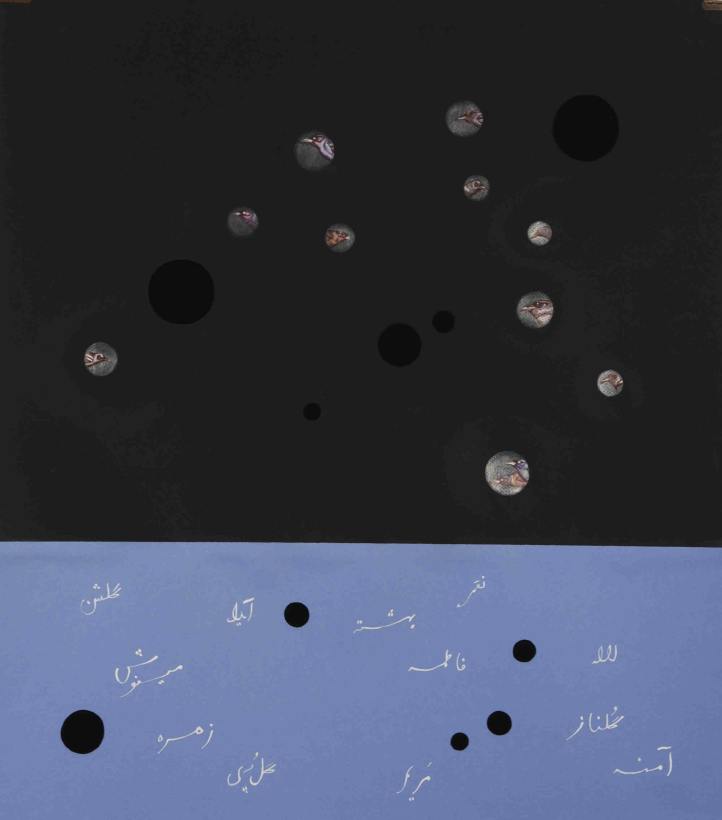 Some years ago, I read a short story by an Afghan woman in which she described the Taliban as crows. Their black turbans, nasty demeanor, and aggressive, pack behavior reminded her of flocks of  the noisy, menacing birds.

Soon after,  I saw a photograph in the news of a “flock” of Taliban holding a pistol to the head of an Afghani woman. She was kneeling in the street wearing the typical periwinkle blue chador. It was a terrifying contrast: the black Taliban and the blue woman appeared like a conflict of species.

The Afghan Ghosts series combines calligraphy, iconography, and the Taliban’s brutality toward Afghan women as a way to describe the agony of their terror and women’s survival. I think of the drawings as a kind of prayer. 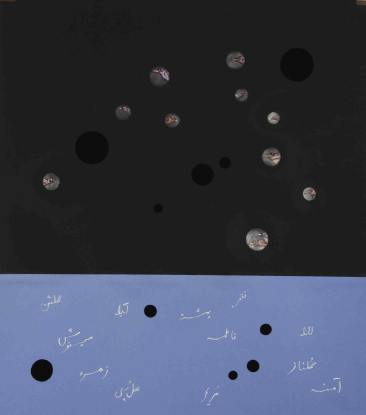 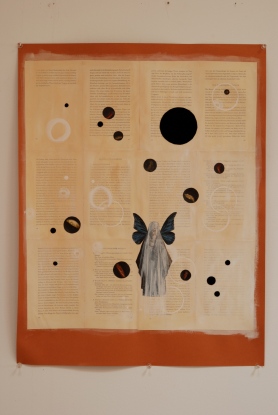 ephemerarium Librarian and artist living in Eugene, Oregon where it is often damp and always green.